When one takes a tumble, the greatest remedy of all is to get back on the (prancing) horse and ride again.

It is a feat Charles Leclerc will be hoping to achieve at this weekend’s Hungarian Grand Prix following his retirement from the previous round in France, leaving the Ferrari driver 63 points behind Red Bull’s Max Verstappen in the Formula 1 World Championship.

The race at Paul Ricard had promised to be a tight and tantalizing duel of tire management and strategy, but an unforced error on Lap 18 saw Leclerc crash out and leave Verstappen with a clear route to a seventh victory of the 2022 season.

His title chances may now be remote, but at least Leclerc will have the chance to strike back immediately in Budapest.

On the evidence of Ferrari’s front-row lockout in Monte Carlo earlier this year, the high-downforce F1-75 will almost certainly be the car to beat around the twists and turns of the Hungaroring, a circuit often referred to as Monaco without the walls. .

With seven pole positions in 12 races, Leclerc will be expected to lead Ferrari’s charge but do not dismiss the threat of Carlos Sainz, who despite incurring an engine penalty produced his most complete performance of the year in France.

If we disregard the effect of the tow (said to be worth less than two tenths) he gave his team-mate, Sainz’s Q2 time at Le Castellet was actually faster than the lap with which Leclerc set pole, adding to the sense of what might have been

Sainz recovered from a mistake in qualifying to be eventually classified third in last year’s dramatic Hungarian GP and, with his early season struggles now a distant memory, could be set to give his teammate a hard time this weekend.

The Hungaroring was once Red Bull territory but with the team taking a low-downforce philosophy with the RB18 – that they set the standard in terms of straight-line speed these days, having spent much of the last decade bemoaning a lack of engine power, remains strange to calculate – this may prove to be one of their weaker weekends of the season.

Verstappen’s comfortable advantage in the Drivers’ standings will potentially give him the option to sit back and bank the points at the circuit where he claimed his maiden pole three years ago, but that approach is not in his nature.

The circuit’s characteristics may yet provide a measure of how much progress Red Bull has made in terms of eradicating the car’s weaknesses since Monaco, where Verstappen was consistently outpaced by team-mate Sergio Perez. 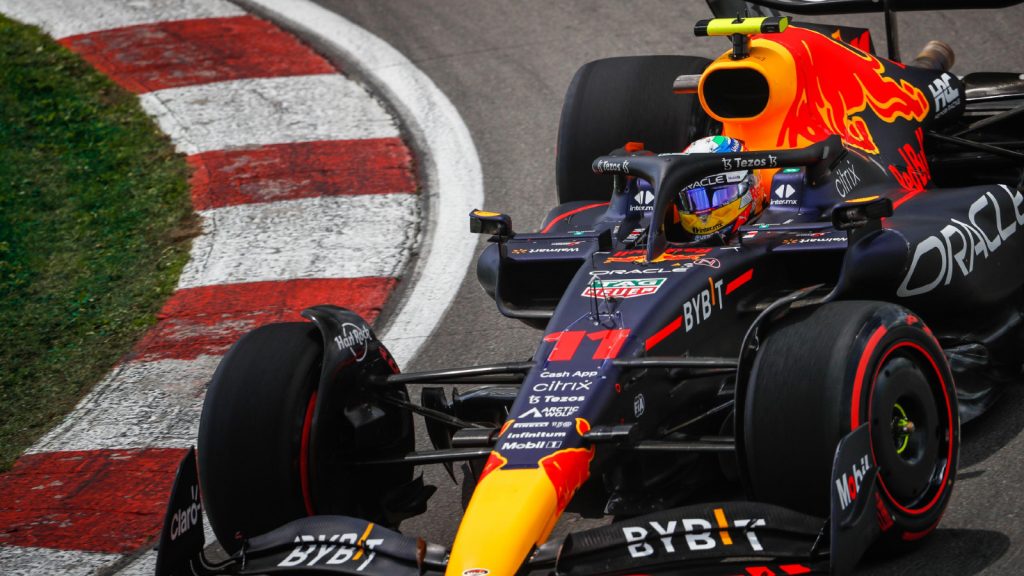 With an emphasis on traction, the Hungaroring should theoretically play to the strengths of Perez, whose season has stalled since winning in Monaco, but Verstappen’s wingman has never finished higher than seventh in 11 previous appearances in Budapest.

That record pales into insignificance alongside that of Lewis Hamilton, who has won the race eight times stretching back to his debut season in 2007.

He is unlikely to add to that collection on this occasion, because while Mercedes achieved their strongest result of the year in France with two cars on the podium, they remain some way behind Ferrari and Red Bull on pure pace.

Mercedes remains hopeful that a breakthrough is just around the corner, but the longer the wait goes on, the more unlikely it seems a eureka moment with the W13 is ever going to come.

Team-mate George Russell, meanwhile, was moved to tears after finally scoring his first points for Williams in Hungary last year, speaking emotionally about how life at the team had prepared him to win with Mercedes in 2022. Little did that bright-eyed boy know exactly what he was letting himself in for…

Hungary was the scene of Esteban Ocon’s greatest moment a year ago, the French driver for F1’s French team standing as a hero even if just for one day.

Such is Fernando Alonso’s overpowering presence that his contribution to his team-mate’s triumph, delaying Hamilton for a number of laps, made much of the post-race reaction feel as though it was his 33rd grand prix victory rather than Ocon’s first.

Two of the most combustible personalities on the grid have formed a potent partnership, Alonso and Ocon scoring a combined total of 12 points at the team’s home race to move Alpine ahead of McLaren in the fight for fourth in the Constructors’ Championship.

McLaren responded to the increased threat from Alpine by introducing a major upgrade package, including a revised floor and sidepods at Paul Ricard, allowing Lando Norris to split the Mercedes cars in qualifying.

Norris was unable to replicate his pace in race conditions but was joined in the top 10 by team-mate Daniel Ricciardo, the winner in Hungary in 2014, who claimed a second consecutive points finish for the first time since last September.

Crying out for points, having failed to finish in the top 10 in the last three races, are Alfa Romeo, who have faded alarmingly following a promising start to the season. 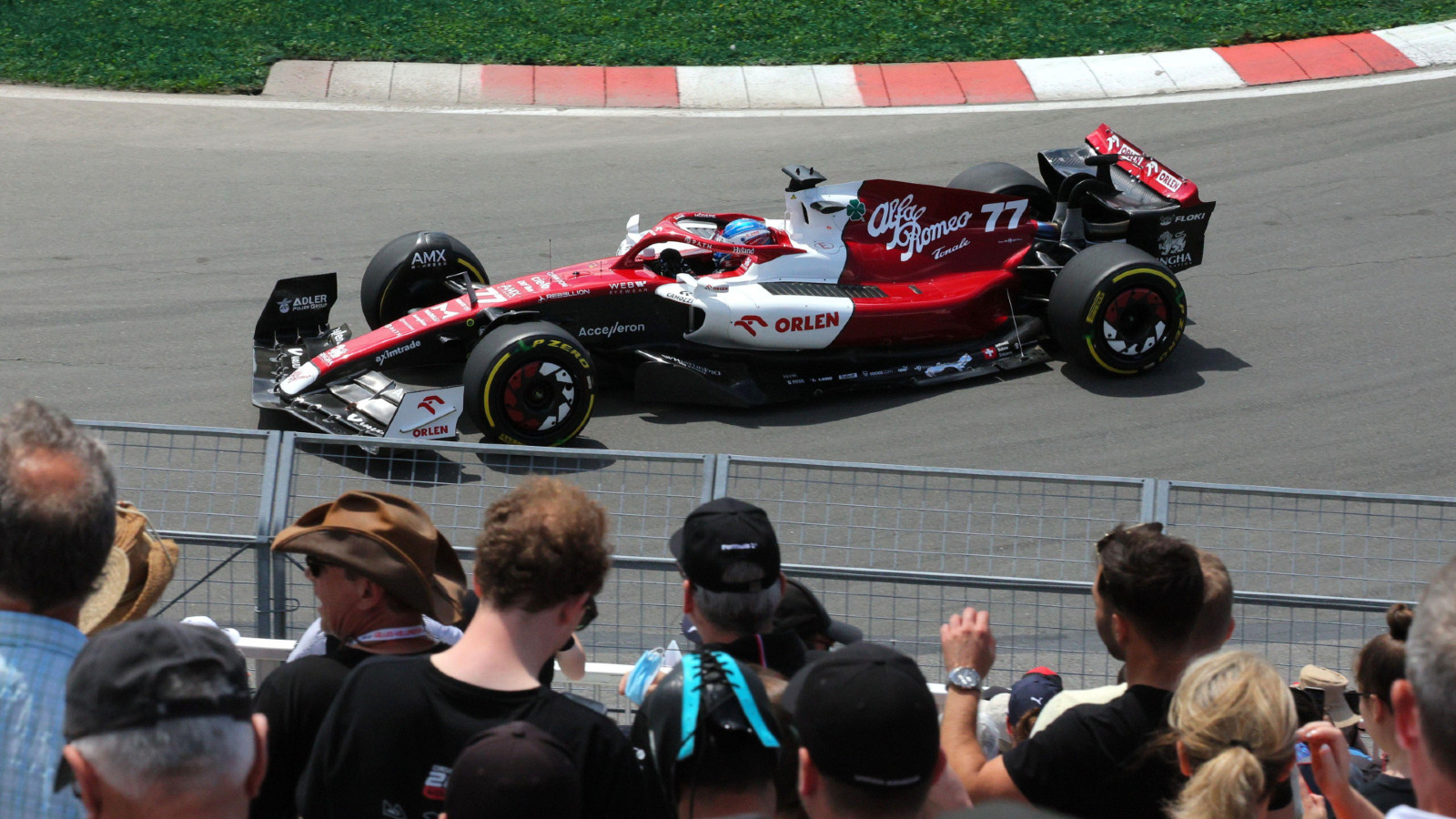 Only twice in his five visits as a Mercedes driver did Valtteri Bottas stand on the podium in Budapest, with the Finn responsible for the multi-car crash at the first corner of last year’s race, while Guanyu Zhou will be hoping for a return to form after a messy Sunday in France.

Zhou and Mick Schumacher disagreed over who was at fault for their collision and the latter’s mood is unlikely to improve with the news that he will have to wait to sample Haas’s first upgrade of 2022.

The long-awaited update will go to Kevin Magnussen as the higher of the two in the Championship, but Magnussen continued to show the original-spec VF-22 still works wonders at Paul Ricard by reaching Q3 before having to serve a grid drop.

The success of the revised package may be decisive in Haas’s defense of P7 from AlphaTauri, whose own upgrades to the floor and engine cover in France did not herald an immediate upturn in results.

Yuki Tsunoda may have secured the team’s first Q3 appearance since Azerbaijan but was spun to the rear of the field on the opening lap, while Pierre Gasly suffered the humiliation of being eliminated from Q1 at his home race having been a fixture in the top 10 throughout. Friday practice.

AlphaTauri have scored just 11 points across the last eight races, but with Gasly citing slow-corner performance as a strength of the AT03 after finishing fifth in Baku, perhaps the team is in for an overdue return to competitiveness this weekend.

Sebastian Vettel is twice a winner in Budapest and seemed almost destined to add to his tally for much of the 2021 race, finishing a close second to Ocon on the road before later being disqualified for a fuel infringement.

The four-time World Champion was pipped to the final point in France by Aston Martin teammate Lance Stroll, who qualified as high as third – behind only the dominant Mercedes cars – for the 2020 Hungarian GP.

The team’s only Q3 appearance of the season, however, still belongs to Nicholas Latifi, who scored his first F1 points with P7 in Hungary last year.

Our advice? Don’t bank on a repeat this weekend.