Pascal Wehrlein has lost more points than any other driver through team errors and reliability issues this season. In fact, he’s lost so many that there is a very credible case for suggesting he could have made the title-battling quartet at the head of the points table a quintet.

That’s the stark reality of Porsche’s third season in Formula E, one which so far has delivered what many thought would be a breakthrough win in Mexico City. But that’s now almost six months ago and there’s been no sign of a gold rush since – quite the opposite.

It’s a depressing reality for Wehrlein and Porsche that their combined pace and potential have not been rewarded. The #94 has hemorrhaged points so badly that at a conservative estimate you can suggest that 67 points have been squandered.

Wehrlein currently has 63 points on the board and lies in ninth position on exactly the same number as teammate Andre Lotterer. Add those 67 absent points and he’s on 130, just 25 behind leader Stoffel Vandoorne and right in the title fight.

That has to be sobering for Wehrlein’s side of the garage and when you break it all down it gets even more depressing.

The leakiness started at the opening race in Diriyah where Wehrlein started 10th and ran as high as eighth. But then both he and teammate Andre Lotterer, who had run third, sank stone-like from the lap charts.

This was due to what the team framed as an “intentional overconsumption, usage of inefficient energy mode over too many laps” and a “late reaction after neutralization regarding the decision on laps”. 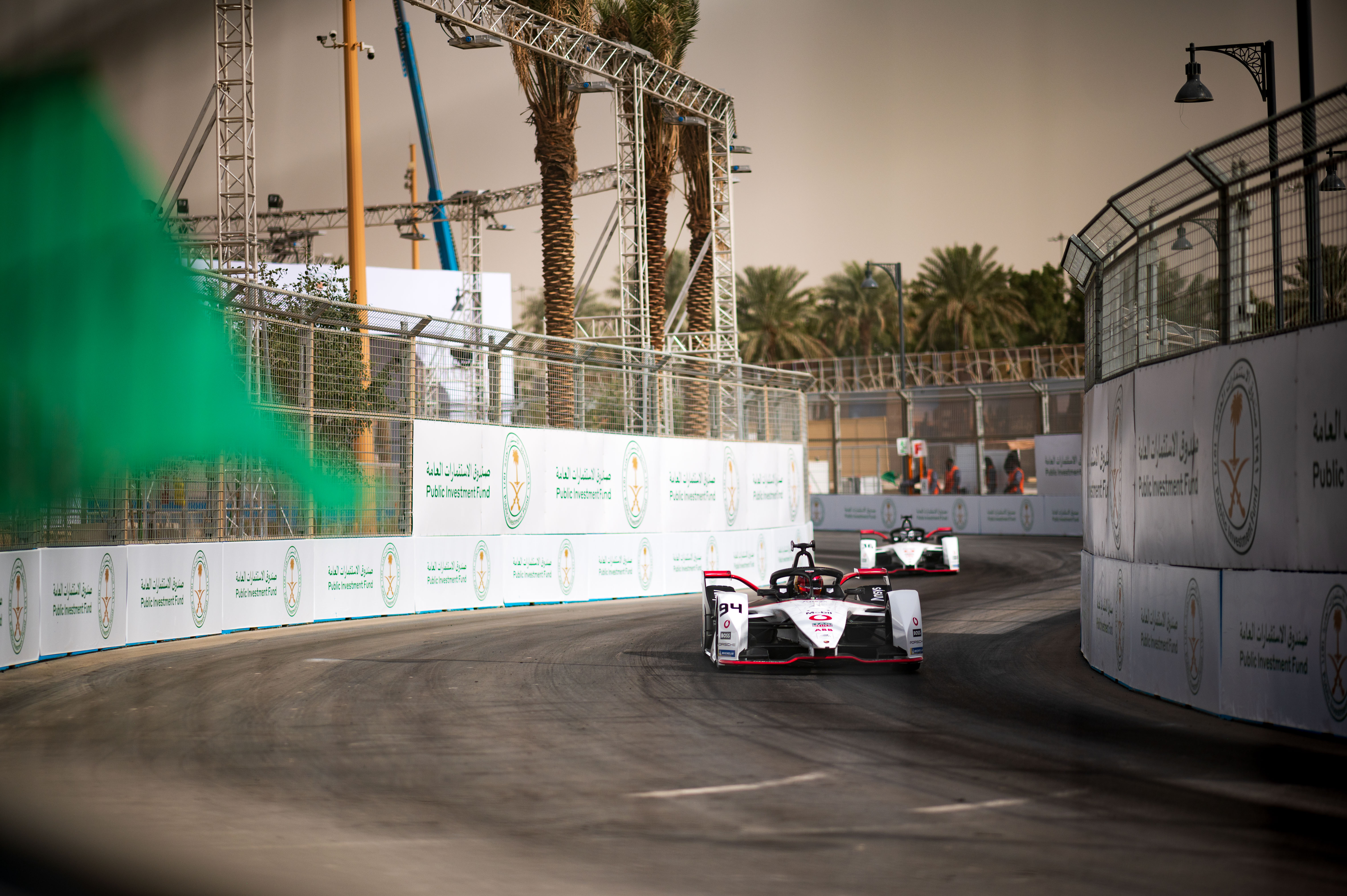 Had it not happened, Wehrlein would, at a conservative estimate, have collected four points for eighth place, which was the same position he ran comfortably in at the midway stage of the race.

At least two more points were squandered at the second event in Rome, the race in Porsche arrived on the back of its Mexican 1-2 momentum.

Wehrlein had collected four points from the Saturday race after a tenacious race-long fight in the lower reaches of the top 10. Then a day later he qualified a solid seventh.

Yet the race didn’t go to plan amid a muddle which saw Wehrlein compromised by a safety car deployed for Antonio Giovinazzi’s shunted Penske. But the fact remained that he was unable to use the remaining minutes of his extra boost to clear a squabbling Stoffel Vandoorne and Jake Dennis.

The safety car situation came back to him a little when a second one was called after Alexander Sims crashed his Mahindra, yet still Wehrlein was not able to compete with Lucas di Grassi or Nick Cassidy and finished a subdued eighth on the road. This was subsequently promoted to sixth after penalties for de Vries and di Grassi, but in reality he should have gotten at least fifth-placed points.

Monaco needs little explanation after Wehrlein, in the lead and with 40 seconds of attack boost remaining over his direct opposition, crawled to a halt. There were few that doubted he was otherwise going to stand on top of the podium. 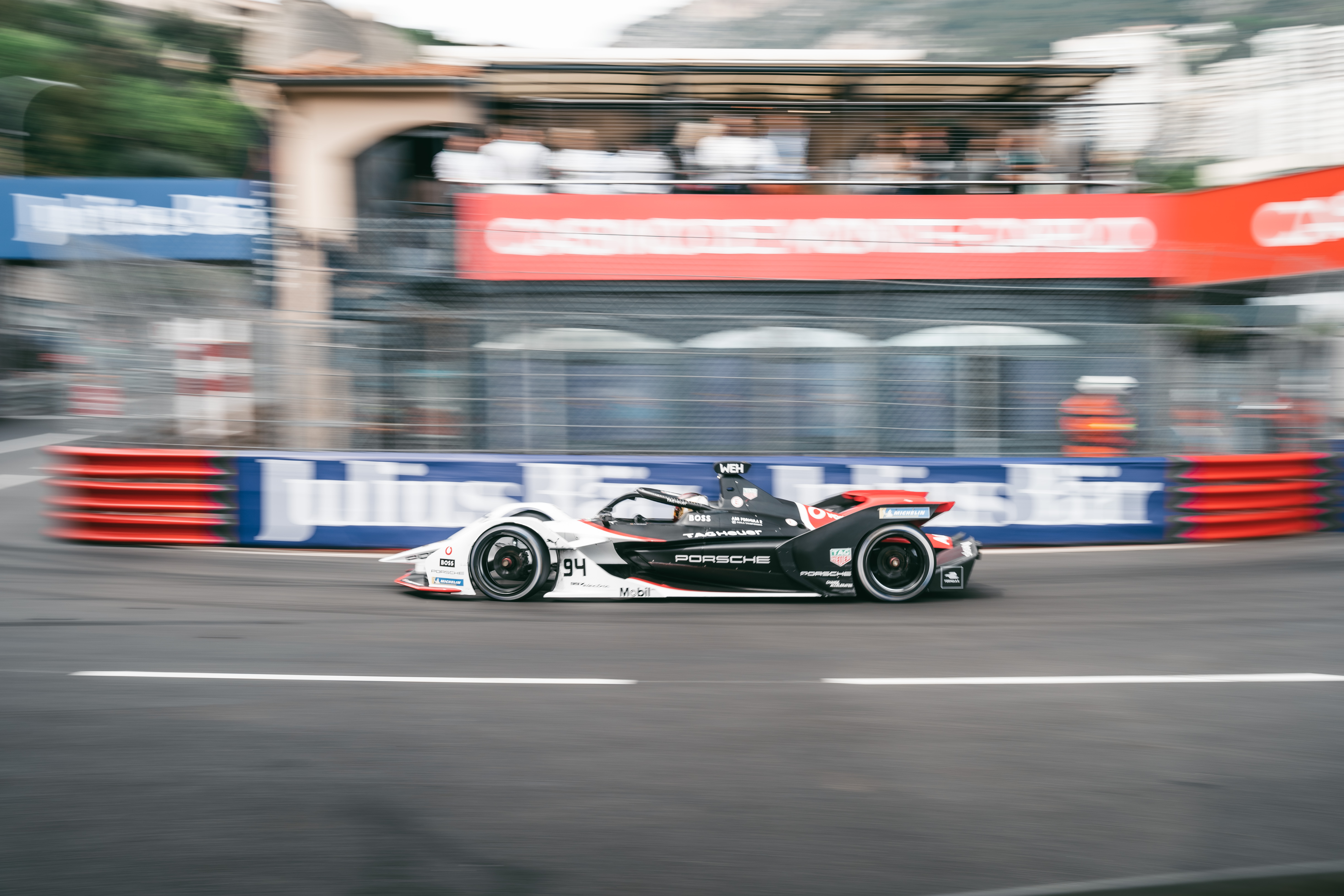 The knock-on of that technical issue was felt all the way to Jakarta as that was where the team requested a repair of the homologated and sealed DCDC converter on the #94 car. This knocked Wehrlein back five places on the Jakarta grid.

The Indonesian venue was a circuit, the Porsche 99XElectric had pace, and without the penalty, he would have started from the sixth position. His race pace was bang on with the top three in clear air, so it’s therefore not fanciful to state that without the penalty hangover from Monaco he could have challenged for victory or at the very least the final rung on the podium.

Ditto Marrakesh! He was fourth on the grid but it all went wrong at the start after a procedural error by the team re-set his battery and triggered initial temperature worries, causing him to drop down the field to as low as 18th position. He fought back to 12th but it was squandered another big points haul, with again a conservative estimate being 15 points for another lost podium.

Finally, in New York City earlier this month, Wehrlein’s weekend was ultimately compromised by being clouted by Sebastien Buemi’s Nissan during the freak cloudburst. But while that was just pure ill luck, the resulting replacement of parts of his car for Sunday contributed to an overspike beyond the allowed 220kW in qualifying which relegated him to the rear of the grid.

Given that Wehrlein had qualified the previous day in fourth and finished sixth, it’s reasonable to assume that 10 points were easily up for grabs at least that day in the Big Apple.

So, what does all this mean? Simply it means that Wehrlein has scored less than 50% of the points he should have and he could have been in title contention. There’s no getting away from the fact that it’s been a season of what-ifs once again for Porsche.

For Wehrlein, outwardly at least, he seems relatively sanguine but when the enormity of the points lost are analyzed it must make for a bitter pill to swallow. 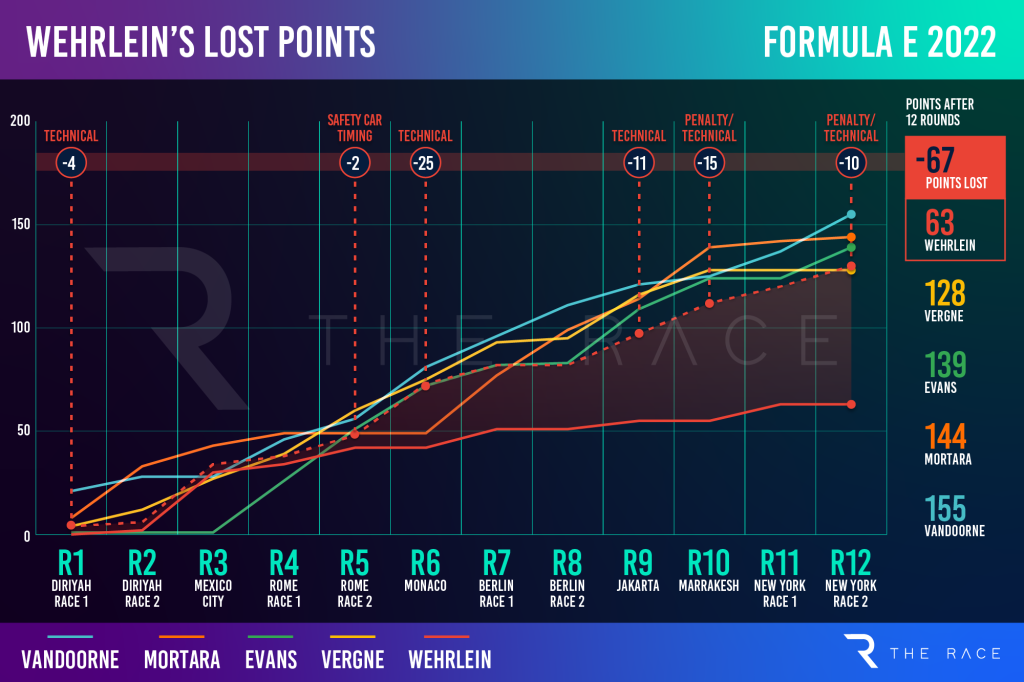 “We’ve lost a lot of points actually because I think we were quite confident that we could have won that race [Monaco] also,” Wehrlein told The Race in New York earlier this month.

“Then the rest was just a bit unlucky as we had to change the DCDC and we got the penalty for that in Jakarta. There was an issue in Marrakesh where we also lost a lot of points. I think we didn’t maximize our potential, especially in the championship, if you’re looking at the championship standings. It’s not where we could be or should be.”

The odd aspect of Wehrlein and, to an extent, Porsche’s season is that within the camp there seems to be a more cohesive and altogether more positive atmosphere. Despite the frustrations and the points leakage, Wehrlein definitely appears to be a more relaxed character in the paddock than in previous seasons.

“We’ve improved in every area and also the relationship is really good. The team knows me, I know the team. Performance-wise, it’s much easier than last year,” he says.

“We’re getting our things together but in the race, for whatever reason, in the last couple of races, we couldn’t show it.

“But for sure, I mean, if you look at qualifying we are one of the best teams in terms of qualifying results. So, definitely a big step forward from last season.”

He’s kind of right. Although the truth is that Wehrlein and Porsche have always been strong in qualifying, whatever the format. Last season Wehrlein was the best average qualifier on the grid and again this season he is right up there with a mean position of 8.2. Actually, it is Wehrlein’s team-mate Andre Lotterer who tops the quali rankings with a mean starting position of 6.2. 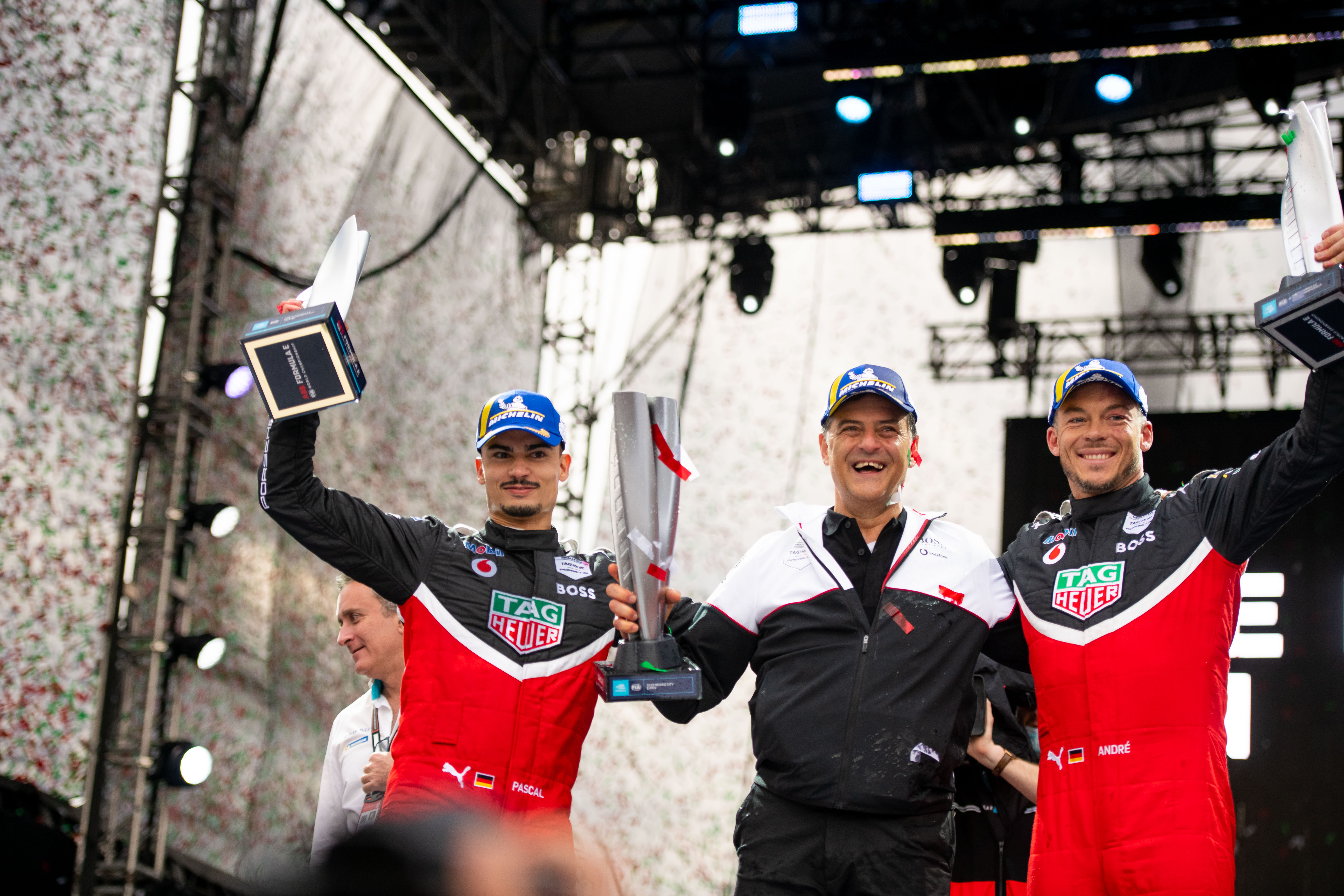 In the remaining four races at London and Seoul, Wehrlein and Porsche are quite capable of adding to their meager total of a single victory from 76 race starts between their two cars since 2019.

That is a statistic which is firmly knocked into the shadows by Mercedes EQ’s tally of seven (12 if you include customer Venturi’s win haul) within the same span of races. The caveats are that, of course, Merc cleverly decided to have a satellite season in Gen2 with HWA in 2018-19, but that aside Porsche knows it has underperformed.

Will this realization add further motivation and a certain amount of steel to its upcoming Gen3 campaign? The early signs are that it will, as over 1200kms of testing had already been completed as of earlier this month.

“I think generally it’s good for us that it’s a new start for everyone,” says Wehrlein.

“The team joined a bit later, [in the second year] of Formula E Gen2. Let’s say, you always started a bit behind, and you need to learn the things which other teams already experienced in the first season.”

It’s hard to quantify just how much not participating in the 2018-19 season has hurt Porsche in relation to its lackluster results over the last three seasons. It’s likely that it laid a frustrating bedrock of challenges and that a combination of calendar volatility created mostly by the pandemic has contributed to it.

Yet there is little doubt that errors that have bred missed opportunities such as Wehrlein’s points crater in 2022 are just as much a part of the narrative.

Porsche never proffers excuses – it offers facts, analysis and rationalization. But there has to come a point where the bad luck and exasperation is owned, collated and then fed back in for a concerted fightback.

Next season offers that possibility, and with Antonio Felix da Costa shortly to be confirmed as Wehrlein’s teammate, the excuses and explanations for under-delivering on potential will be greatly diminished.