The Sky Bet Championship is back.

Sixty-one days have passed since Nottingham Forest beat Huddersfield in the play-off final at Wembley and finally returned to the Premier League.

Twenty-two days before that, Marco Silva’s Fulham had ended a barnstorming regular season with the title, with Bournemouth finishing as runners-up in Scott Parker’s first season and Peterborough, Derby and Barnsley relegated to League One. 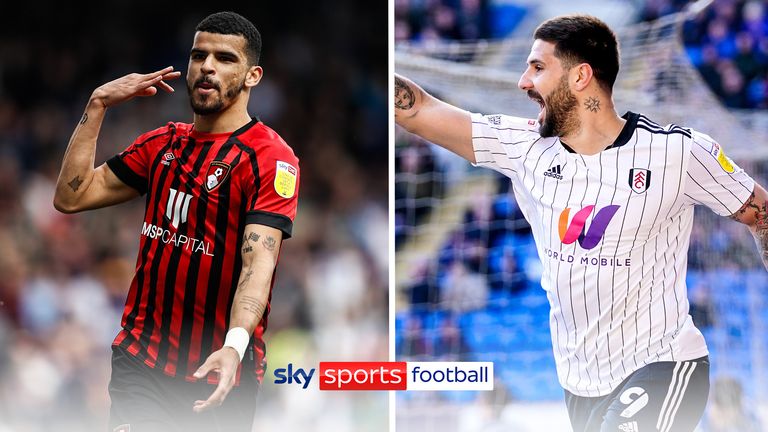 With the new Sky Bet Championship campaign getting under way on Friday, we look back at the best goals from a memorable season last time around…

The break between seasons has been a week shorter than usual – owing to this year’s World Cup in Qatar – but the Sky Bet EFL season gets back up and running on Friday night, when Huddersfield host Vincent Kompany’s new-look Burnley side at the John Smith’s Stadium, in a game live on: Sky Sports Football.

Who is David Prutton tipping for victory on the opening weekend of the 2022/23 Sky Bet Championship season?

Vincent Kompany spent 11 years in England as a player, making over 350 appearances for Manchester City during a transformative period for the club and undoubtedly earning legendary status at the Etihad along the way.

Having retired in August 2020 after a fairy-tale return to Anderlecht in his native Belgium, the 36-year-old spent just shy of two years in charge at the Constant Vanden Stock Stadium, leading the club to fourth and third-place Jupiler Pro League finishes in his two full seasons in charge.

In June, he was appointed Burnley manager, succeeding Sean Dyche – who had left Turf Moor in April after a decade in charge – as the Clarets prepared for their first season back in the Championship after six consecutive seasons in the Premier League.

“Burnley Football Club is a truly historic English side and it is an honor to be appointed first-team manager,” he said after becoming the first Belgian to manage in England.

“I’m looking forward to getting to work with the players and creating a positive, winning team for our fans when we return to Turf Moor. I’ve been impressed by the board’s vision for the club which aligns with my own and I look forward to playing my part as we enter an important season.”

The squad turnover has been significant since that day. Permanent fixtures of the team in years gone by, including Nick Pope, James Tarkowski and Ben Mee, have moved on to pastures new, Wout Weghorst has joined Besiktas on loan and there is a more youthful look to the squad, with the additions of Scott Twine and Luke McInally, among others.

At Anderlecht, Kompany gained a reputation for trusting in youth and being successful in doing so – and he appears to be attempting to bring the same philosophy to his new role.

He has not gone as far as promising instant success – and the fact Burnley have not been named as early title favorites certainly relieves any pressure – but the new-look Clarets will look to hit the ground running during their first competitive run-out in Friday’s curtain-raiser against Huddersfield.

Is the promotion race more open than ever?

In all honesty, it goes without saying, but there is a sizeable clutch of teams who will see this season as an opportune moment to seal a return to the Premier League this season, particularly as only Burnley have spent an extended spell at the top table over the last few years.

Norwich have won the Championship in two of the last four seasons but twice been condemned to immediate relegation, while Watford’s return last year proved short as neither Claudio Ranieri nor Roy Hodgson were able to make their experience count and steer them away from the drop as the club posted its lowest points return in half-a-century.

Huddersfield lost the play-off final to Nottingham Forest at the end of May and will be out to avenge that disappointment, albeit without Carlos Corberan at the helm, while Sheffield United and West Brom have struggled in trying to secure a return recently with little success. .

If that wasn’t enough, Middlesbrough knocked on the door of the play-offs last term, with Stoke and Cardiff making significant changes to their squads over the summer in an attempt to end their second tier stays of four and three seasons respectively.

Unlike last season, when Fulham blew multiple opponents out of the water with their ruthlessness – leading to Aleksandar Mitrovic setting a new Championship scoring record of 43 – there appears to be a more even spread term. On paper, at least, that is.

The 2021/22 campaign was unique on the goalscoring front.

Fulham’s Aleksandar Mitrovic broke Ivan Toney’s Championship scoring record of 31 well before the end of the season and ended up with another 12 on top of that tally, setting a new precedent that may never be broken.

Bournemouth’s Dominic Solanke hit 29, which would have earned him the accolade in 15 of the 18 seasons since the second tier rebrand in 2004 and Blackburn sensation Ben Brereton Diaz defied odds of 1000/1 to surpass the 20-goal mark.

Only the latter remains in the division, with Rovers having successfully held onto their prized asset for the time being, with Sky Bet offering greatly reduced odds for the Chilean international to top the scoring charts in 2022/23.

The overwhelming favorite is Norwich’s Teemu Pukki. The Finnish international is a different animal in the Championship as opposed to the Premier League, with his two second tier seasons producing 54 goals combined, compared to 22 in his two in the top flight.

It is a similar story for Dwight Gayle, who has scored 59 goals in 100 Championship games, compared to 26 in 145 in the Premier League. His six-year stay at Newcastle ended this summer, with Stoke hoping the 32-year-old will fire them to success.

Meanwhile, there is certainly a case for Swansea’s Joel Piroe and Daryl Dike. Former Netherlands U20 international Piroe, 22, netted 22 times in his debut season in the EFL, while injury has thus far prevented West Brom’s Dike replicating the form of 2019/20, when the American helped Barnsley stun many to reach the Championship play-off semi-finals.

Can Burnley bounce back under Kompany?

What can Burnley expect from their new manager Vincent Kompany and can the Belgian inspire an immediate return to the Premier League for the Clarets? 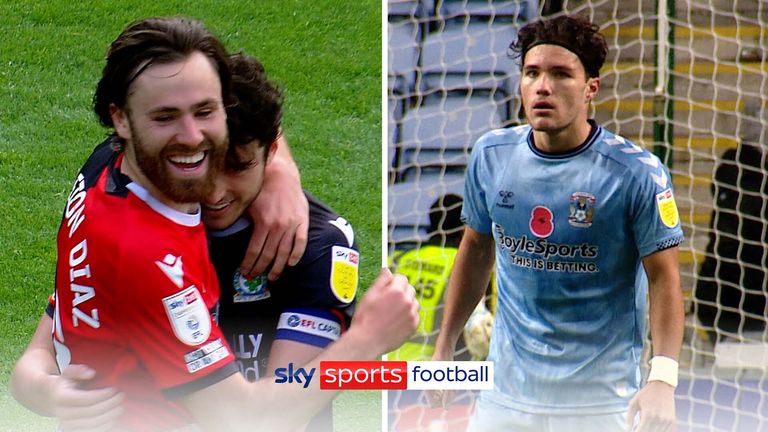 We take a look at some of the biggest talents under 25 years old playing in the Sky Bet Championship in 2022-2023, featuring Ben Brereton Diaz, Tyrese Campbell, Sorba Thomas and more!

As Sunderland prepare for their long-awaited Championship return, we examine the agony and ecstasy of their four-season battle to escape the clutches of League One.

The transfer merry-go-round is back so who’s on the move across the Championship this summer?